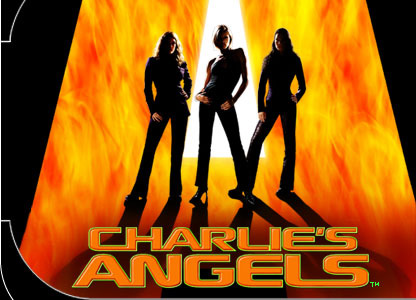 The action sequences are going to be good.  The wardrobe looks great.  The weather sucks.  We've mostly been sitting under the marine layer that covers the beaches and a few miles in land in most places.  So far, we've shot around one full day's worth of jumps.  Keith, Tanya, and Craig are doing great work considering the limited jumps we've shot so far.  The required shots are coming together quickly.  My hope now is that we get good weather on our final days so that we can get creative and make the sequence even more exciting.  We're shooting over the beach in Oceanside trying as best as we can to predict the weather.  I believe we're down to two final days, unless we find some way to extend the schedule.  Most of the rest of the production for the entire movie is wrapped - except us.  More info coming...

5/21/2000 - Update
Went to a wrap party the other night at Drew Barymoore's house.  Not enough space for one person - small yard too - not.  Sissy and I practically got lost on the complex.  We met Drew and Cameron Diaz - they asked me for my autograph.  I told them I was trying to relax, maybe another time - you know how it is....   thing is, our aerial team wasn't wrapped and all I could tell Drew (who was also a producer on this movie) was that we were sitting under clouds.   BUT - the team headed down to Oceanside for another crack at it this past Wednesday and Thursday - and the weather was pristine!  Two days, jumping hard, cranking out the shots for the storyboards - and finishing them with a couple jumps to spare.  So we are now officially wrapped pending they don't request additional shots during the edit process.